I didn't realize how wonderfully gay this city is sometimes.

Denver hosted the kick-off show of the Absolut Real Fruit Tour starring the divas of RuPaul's Drag Race Season 3 at Tracks Nightclub. The show featured Manila Luzon, Miss Congeniality (and who I thought should have been final two if not for her spectacular lip-synch breakdown) Yara Sofia and the Diamond Crowned Queen, Raja.

I took a bunch of crappy cell phone pictures. You can see all of them here. I didn't really feel like deleting the bad ones, so don't judge. I want all evidence of that night to exist.

I have to say that the Denver queens really turned it out. I was so impressed with Ginger Sexton and the high-larious Felony Misdemeanor, who is also apparently the head of the "Smoke weed for America" coalition. I cannot wait for June 17, the start of Denver Pride weekend, when birthday girl Raja returns with the legendary Lady Bunny and the FEROCIOUS Nina Flowers. THAT is going to be one hell of a night.

Big ups to Tracks for having one of the friendliest staffs around the nightlife scene and to having a pretty cool venue in the Exdo Events Center. You are so my new Woody's.

Here are some of the sweet, low-megapixel cell phone highlights: 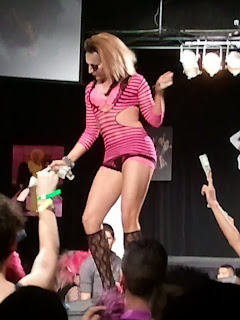 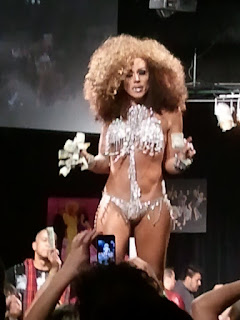 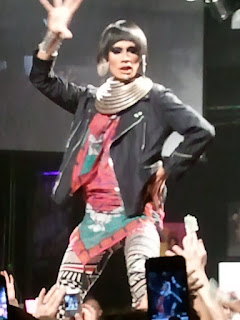 Manila "Someone left the cake out in the rain" Luzon 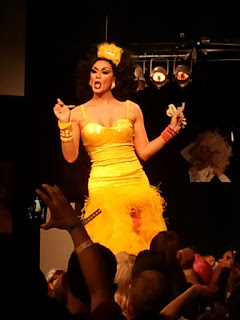 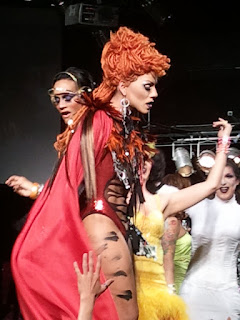