That's Sir Jean-Luc Picard to you

Ohhhh snap! Congratulations to the newly knighted SIR Patrick Stewart, who had the honor bestowed upon him by Queen Elizabeth II this past Wednesday. The 69-year-old captained the Starship Enterprise for nearly a decade and also served as the headmaster of a school for mutant children. He is also known as Lecutis of Borg and prefers tea, Earl Grey, hot. He has waited for Godot with fellow knight, Magneto, and starred in the movie "Safe House," in which the only redeeming quality was a gratuitous butt shot of Stewart during a solo shower scene.

To this knighting, I say: Make it so, Number One. 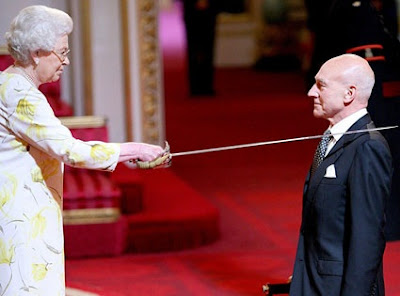