The Story of Annie and Ike

My Baba (short for "babushka," which is grandmother in Ukrainian) passed away superearly yesterday morning. She was 90, and had an amazing life, but her body was just ready to be done. Our Gigi, her husband of 60-some years, had passed in 2004, and she always missed him intensely. We've been saying that she's with him now, which is weird for me to say since I'm an atheist, but it brings me some modicum of comfort, because they always made sense together.

Before I went abroad for spring semester 2004 in Hungary, I sat down with Baba and Gigi to hang out. Gigi was quiet - a gentle giant - but that day he was as talkative as I'd ever see him. He told stories about World War II, traveling the world, having a pet elephant in Burma, and meeting my Baba. They took turns filling in facts, laughing, playfully arguing, and looking at each other with the same admiration as they did 50-some years before. It was one of the last significant memories I have of my grandfather, and I'm so fortunate to have heard the stories of his life. His quiet nature belied the wealth of experiences that lied within him.

Their story was great. It still is great. I'm going to do my best to recount it here, as well as I can remember:

Baba was 19, raven-haired and playing the field. According to her, she was having fun, beautiful, young, and in no way wanted to settle down. Her brother brought his friends around; one was a lanky, shy, black-haired guy who would eventually be her husband, and die in her arms. But he had to fight for her - literally. He tried to ask her out, but Baba had none of it, and Gigi was drafted to the Army. It was World War II, and they shipped him overseas. Now he was fighting for America instead of the raven-haired girl from the neighborhood.

But Gigi was stubborn (like any good Isaac), and still pursued his friend's little sister. He wrote her letters, and she wrote back. He wrote her while he was in Burma, India, around the Pacific. He wrote her about the pet elephant, about his friends, about the hot nights, about everything.

Three years later, he boarded a boat off Europe, crossed an ocean, and saw the Statue of Liberty. He cried seeing it then, and cried retelling us about it. He was so happy to be home, happy to see America again, and happy to be reunited with the woman who initially rebuffed him.

Four months after crossing that ocean, he married my grandmother.

They raised three kids, worked, retired, nurtured seven grandchildren (even as we broke their bed reenacting WWF Superstars). They sat on the porch and watched people walk by. They owned a German Shepard named Bruno, who was probably the most patient member of our family, who put up with being a sofa for me and my cousins. They celebrated his 75th birthday and their 50th wedding anniversary. They took turns playing pranks on the people who called them asking for Rothrocks. They took us to the mall on our birthdays and around Christmas, with Gigi handing Baba his wallet, us shopping, and Gigi sitting on a bench for three hours and meeting random people who sat next to him to chat. I'll never know how many people heard his stories, but all of us Isaacs are alternately shy and social, and I can't help but think that came from him. And for years, Baba made his breakfast, checked his blood sugar, reminded him to take his medication, and let him have the good side of the bed. She took care of him and paid attention to him, despite at one time ignoring him entirely, and did so faithfully for decades. And then one day, he was gone. And she had us to take care of, but it wasn't the same. And then, we were taking care of her.

For all the family craziness and drama, these two were our rocks, our strongholds, and people who loved unconditionally and only wanted the best for everyone. Life stood in their way once, putting a war between them, and they wouldn't let that happen again. They weren't perfect, and I'm sure they had their fights and troubles, but I never saw it. They showed us love, and we could only follow that example.

And now I hope they've found that love again, at one point separated by the world of the living, and no longer letting that stand between them.

Love and miss you both, so much, already. -Adrienne
Posted by Adrienne Saia at 7:19 PM No comments:

The best video ever in the history of videos

The Roots + Call Me Maybe = I watched it a million times already today and can't keep the smile off my face.

Posted by Adrienne Saia at 9:36 AM No comments:

It was sad to see something with so much promise pass with so much disappointment. But we had some good times, didn't we? Wolf... Breck... Abasin... even that one time with Mary Jane. I'll let you go for the summer, but you'll be back - and hopefully with a vengeance. Because I'll wait for you. I'll find ways to keep busy. And when you do return, I'll come running with my huge rack.

My huge rack is a Thule. 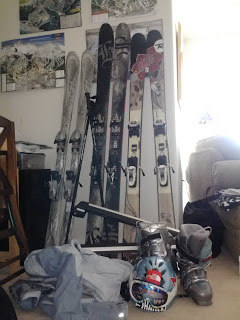 Posted by Adrienne Saia at 7:44 PM No comments:

My current iTunes Top 25. I think it's telling, what with the mix of Tool, sad bastard music and unofficial Flyers theme music. Read. Judge. Enjoy. 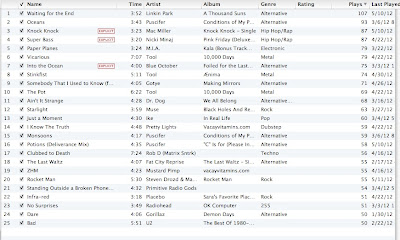 Posted by Adrienne Saia at 1:44 AM No comments:

CANNOT WAIT for this special... face shots and dubstep, what more do you need? Oh yeah, probably more skiers ;).

See More Videos at AlliSports.com
Posted by Adrienne Saia at 9:47 AM No comments:

Posted by Adrienne Saia at 5:31 PM No comments:

My cautious optimism served me well.

Let me make this quick, like ripping off a Band-Aid:

Stuff didn't work out. At all.

I could feel things slipping away, and turns out I was right to be cautiously optimistic. Everyone around me was entirely optimistic, and that's what makes this particular defeat even worse. I, at least, try to protect myself from disappointment, but it gets tougher when the people you love are utterly convinced of your impending success, and then it doesn't happen. It leaves them wondering what went wrong, which only compounds my own feelings of failure and self-doubt. Safe to say I'm not the ray of ebullient sunshine you all know and love (yeah... right) but I'm trying not to let this setback affect me. It does, and rightfully so, but it shouldn't affect my everyday interactions.

I can't help but be entirely envious of the people who woke up today confident and happy with their jobs. Even more so if you were able to roll over and share that happiness with the person you love.

I woke up and hugged Juno. That'll do for now.
Posted by Adrienne Saia at 9:59 AM No comments: